The introduction of virtualization in an individual or organization’s IT infrastructure can be very beneficial to the business, and hence the need for a skillful virtualization consulting service. As a Microsoft Gold Partner in Management and Virtualization and a Citrix Solution Advisor, LegaSystems can help you and your business take advantage of the benefits that virtualization has to offer.

Simply put, virtualization refers to the process of creating a virtual version of a computer device or resource, then dividing the device or resource into several execution environments. Without virtualization, one would have to use multiple servers to run multiple applications that end up in what is called server sprawl. This could be frustrating for an individual but for a business that must be as efficient and quick as possible, this can equate to lost revenue and unsatisfied business stakeholders. With virtualization, you can use one piece of hardware to run several software servers and even different operating systems without having to compromise resources. 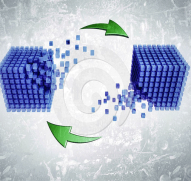 What are the benefits of virtualization?

The benefits of virtualization are multiple:

What are the different types of virtualization?

Evidently, virtualization is a technology which can greatly benefit organizations of any size and business direction. Reap the benefits of this technology under the guidance of LegaSystems whose highly skilled engineers and expertise can contribute to your success.